Ross Mackay, the world’s leading expert on permafrost, passed away peacefully in his sleep in the early morning of 28 October. He was 98.

Dr. Mackay researched in the Western Arctic for 60 years (1951-2011). He studied the development and behaviour of frozen ground, including pingos and tundra polygons. Over his many years in the Western Arctic, he worked with and was known by many, especially in Paulatuk. During his first summer in the North, he walked with his assistants Joe Thrasher and Keith Fraser south from Paulatuk to the Horton River and east to the Brock and Hornaday rivers. They had no maps or radios. Pack dogs carried their loads. These journeys began life-long friendships with the people of Paulatuk and the western Arctic.

For 47 of the 50 year of the Inuvik Research centre’s operation, Dr. Mackay visited us each field season. As we celebrate our 50th anniversary this month, we recognize the importance of Dr. Mackay in our own history, as well as the history of the region.

Dr. Mackay will be sorely missed, but his legacy will be unsurpassed for a very long time.

His obituary can be found here. 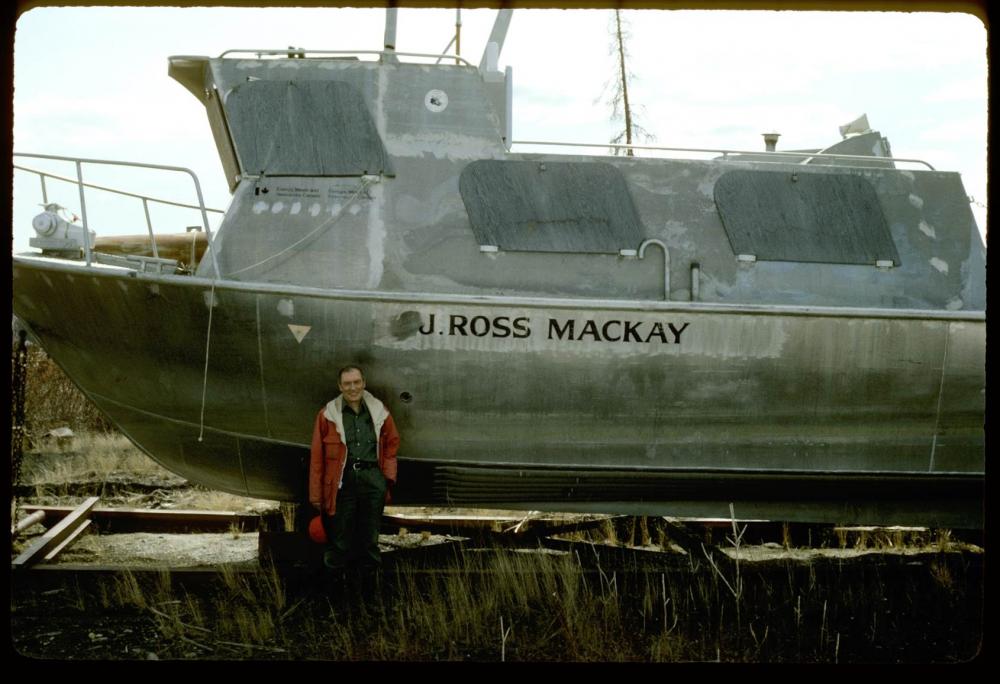