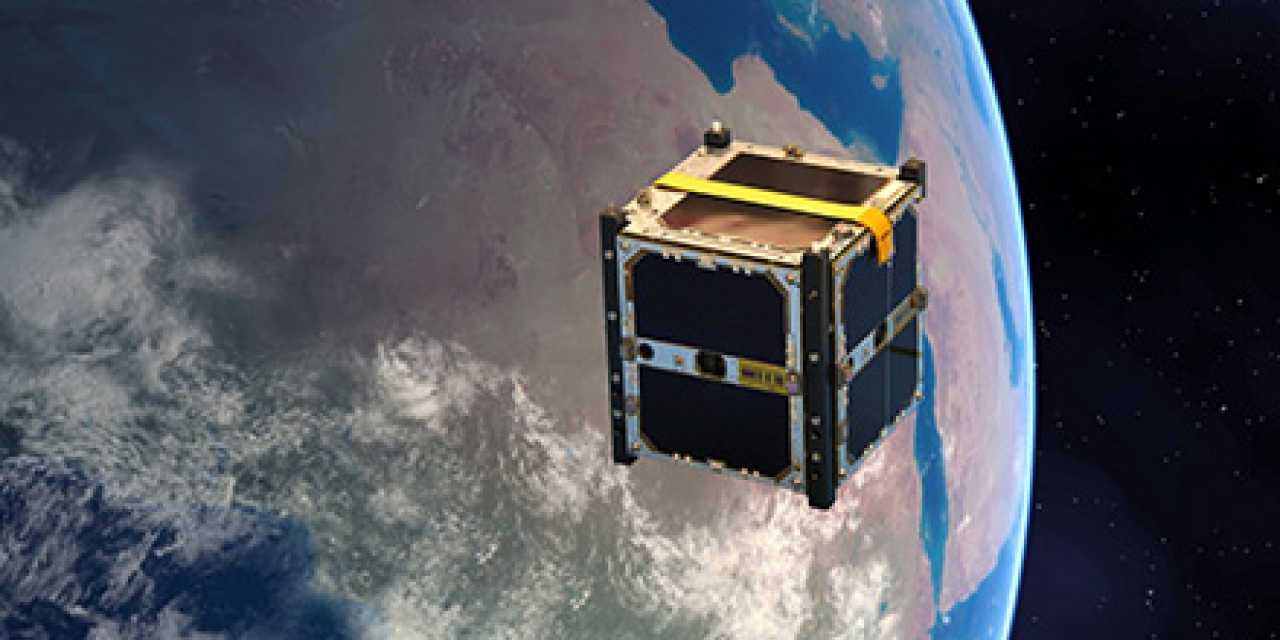 The Canadian Cubesat Project is a Canada-wide STEM (Science, Technology, Engineering, and Maths) outreach and education project providing post-secondary students the opportunity to design and manufacture one of fifteen cube satellites built at Canadian academic institutions. The Canadian Space Agency (CSA) provided grants to fifteen institutions representing every province and territory in 2018.

Aurora College is participating in the Canadian CubeSat Project through the construction of AuroraSat.  AuroraSat is a 2U CubeSat built through a partnership with Yukon University and the University of Alberta. This unique partnership links the three institutions under the name Northern SPIRIT (Space Program with Interesting Research and Integrated Training). 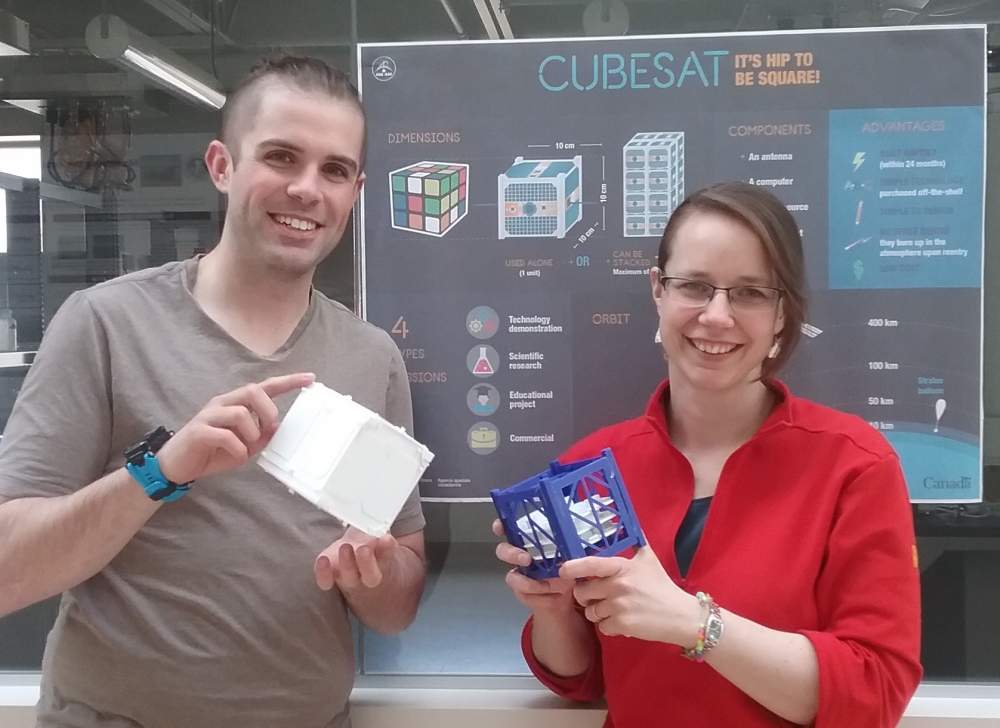 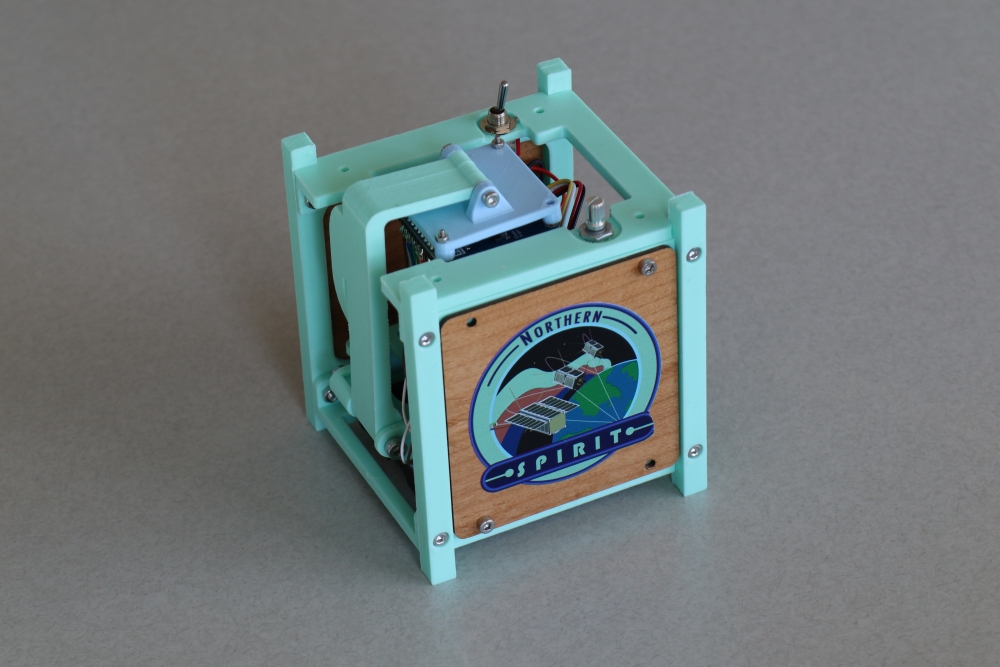 Aurora College has developed three outreach missions to be flown on AuroraSat. These missions are intended to provide STEM outreach opportunities to youth and interested participants across the NWT at the elementary and high school levels. Along side the outreach missions, AuroraSat will fly a shared scientific mission that will also be flown on the satellites being built by the Yukon University and the University of Alberta. Running the same experiment of all three satellites allows spatially distributed data to be gathered. If you want to learn more about the shared scientific mission, you can read about it on the AlbertaSat website.

A Computer render of the fully assembled AuroraSat 2U CubeSat

AuroraSat will fly three outreach missions that link visual arts and language with space technology outreach. These missions are: 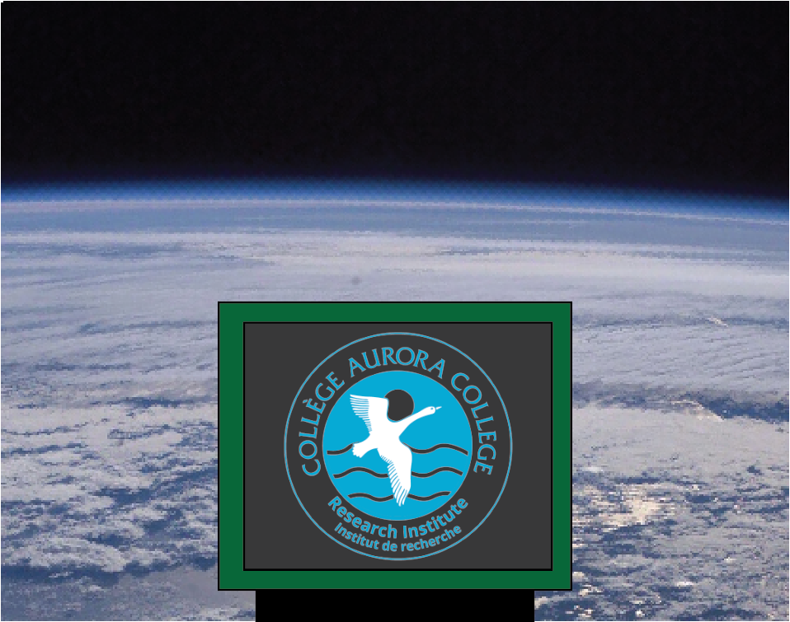 Participate in the CubeSat Project:

If you would like to create artwork that will be displayed in space, check out the four following worksheets on how to participate in the Northern Images Mission:

We have also been working on educational videos about the project. Check them out below:

We are actively developing participation packages for the Northern Voices and Northern Games Missions. If you would like to learn about others ways you can participate, please feel free to reach out to us at cubesat@nwtresearch.com.

Methods:
Aurora College will be collaborating with partner insitutitions in the development of the CubeSat software, hardware, and four mission objectives. This collaboration will provide the opportunity for interested professionals and youth to participate on the design and construction of the CubeSat. 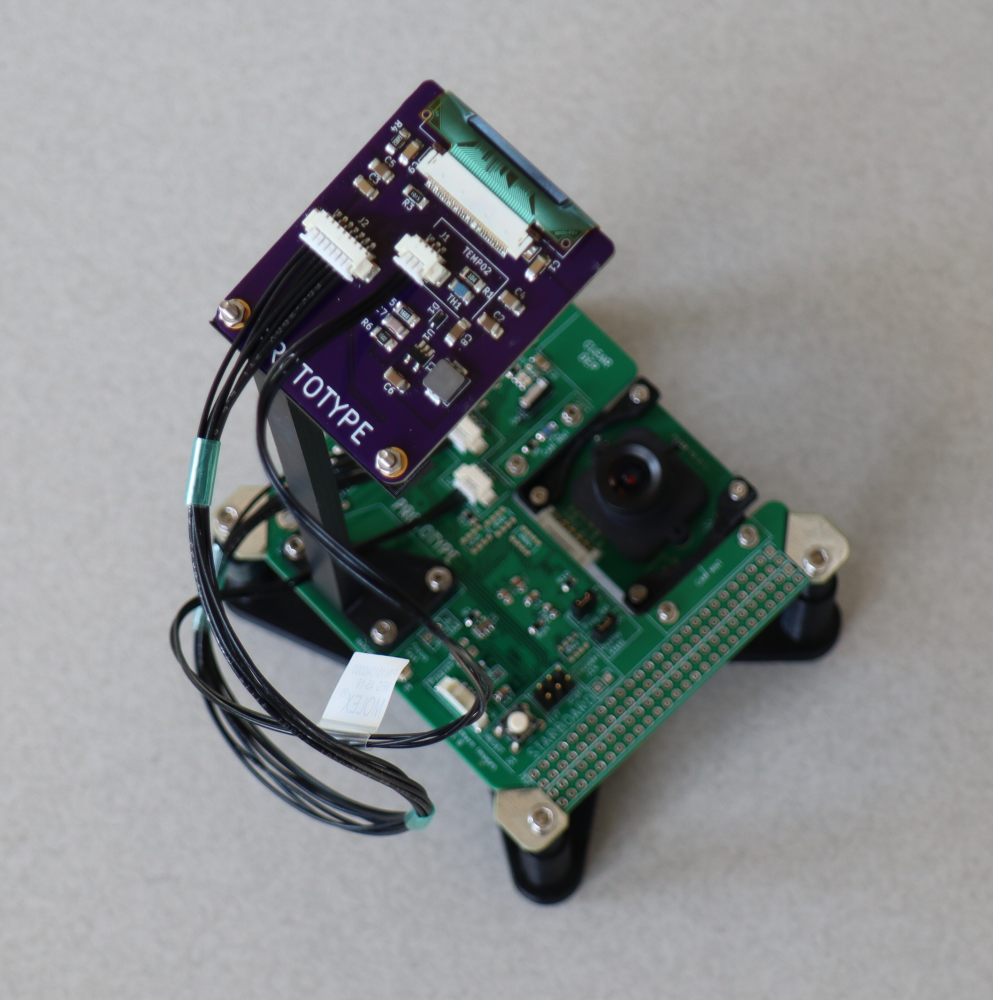 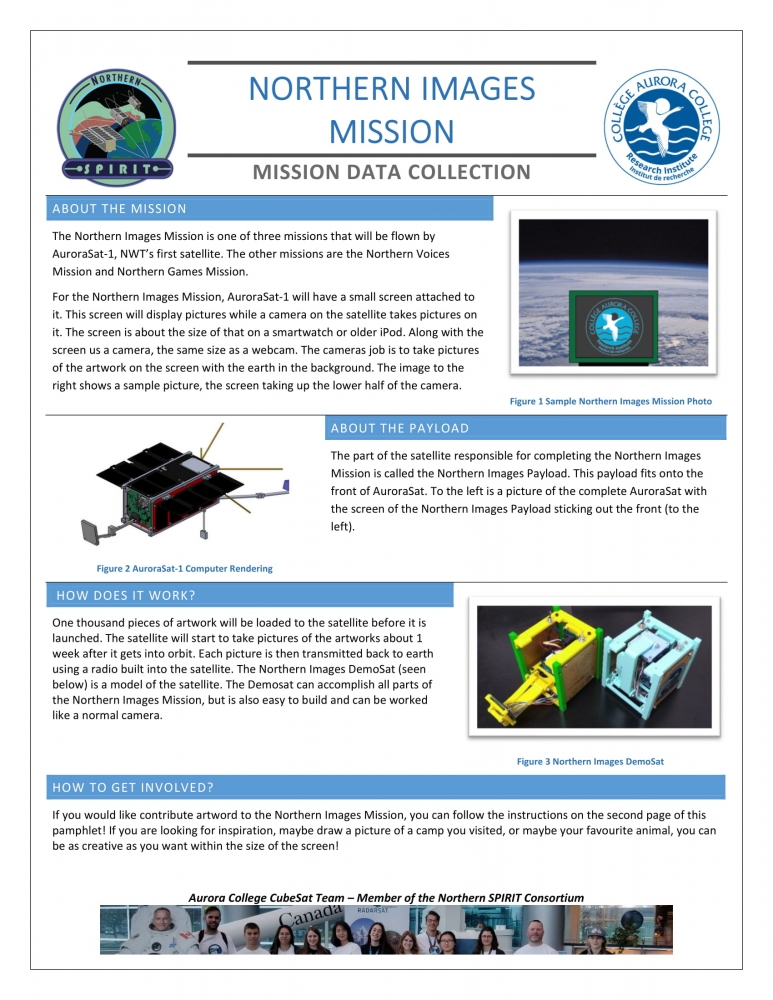 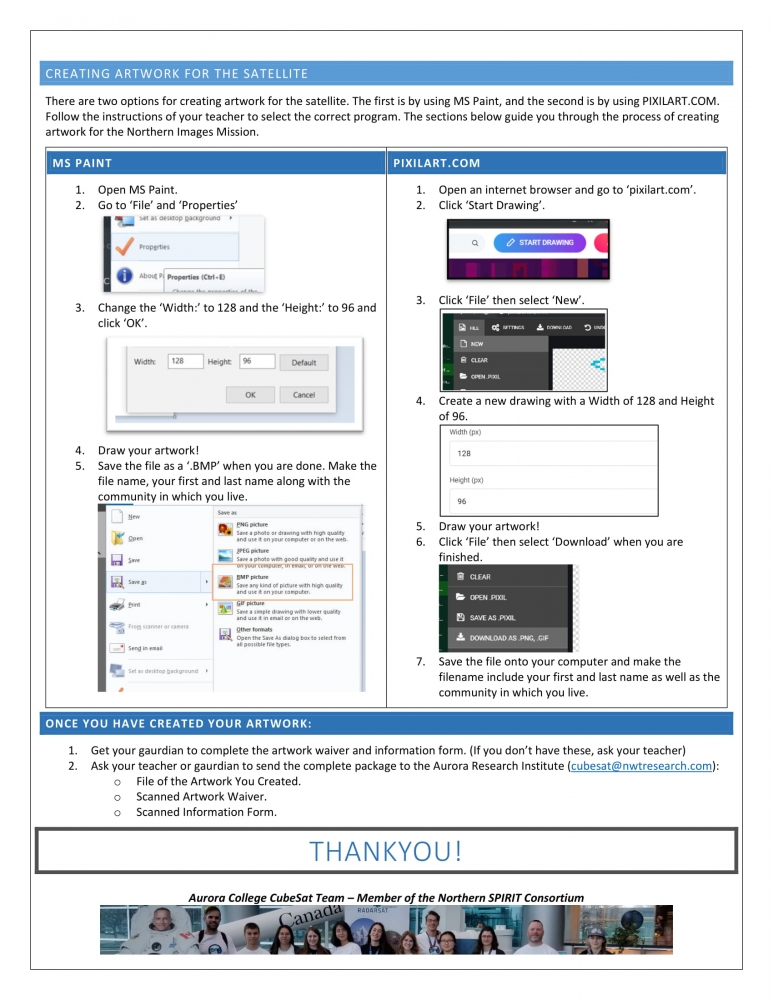