In an effort to showcase available technologies for the production of renewable energy in northern communities, a demonstration project was installed at the Aurora Research Institute (ARI) in Inuvik. The system was built entirely from components readily available on the market and showed how individuals or communities could set up renewable energy sources and save on their energy costs.

Demonstration 1. Supplementing utility power with renewable energy
This demonstration addressed situations where the amount of energy supplied from the renewable energy source does not always cover the whole demand (e.g. due to the lack of sunlight in the arctic night or due to a lack of wind on certain days). To guarantee a stable power supply to the user while reducing the consumption of fossil fuel and reducing the cost of power to the user, all the power produced by the renewable source was used and the shortfall was satisfied from utility power. 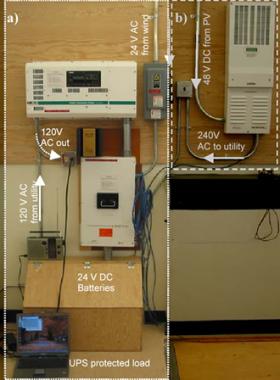 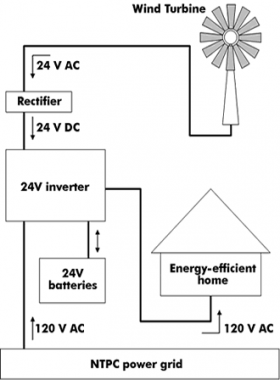 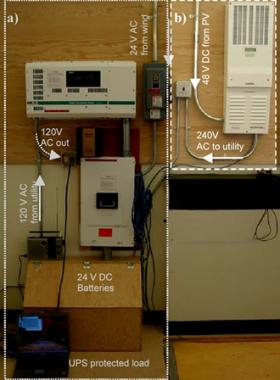 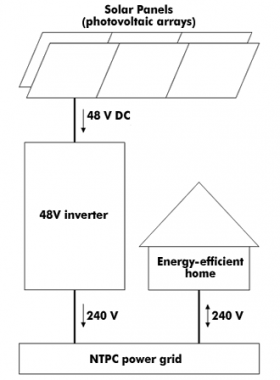 ARI used solar panels for this demo, where solar power was passed through an inverter directly to the utility grid. Thus, all energy required by the demonstration unit was produced by the solar panels, and the excess energy flowed back to the utility. The benefit of this arrangement is that, should the solar panels ever fail or need to be disconnected for maintenance, the energy used in the house would continue to be supplied by the utility.

Demonstration 3. Off-grid power
This set-up offered a power solution where utility power is not available. This scenario assumed that all power used would be supplied by a single power source, in this case a hydrogen fuel cell, and that the power supplied would vary with the power demanded. 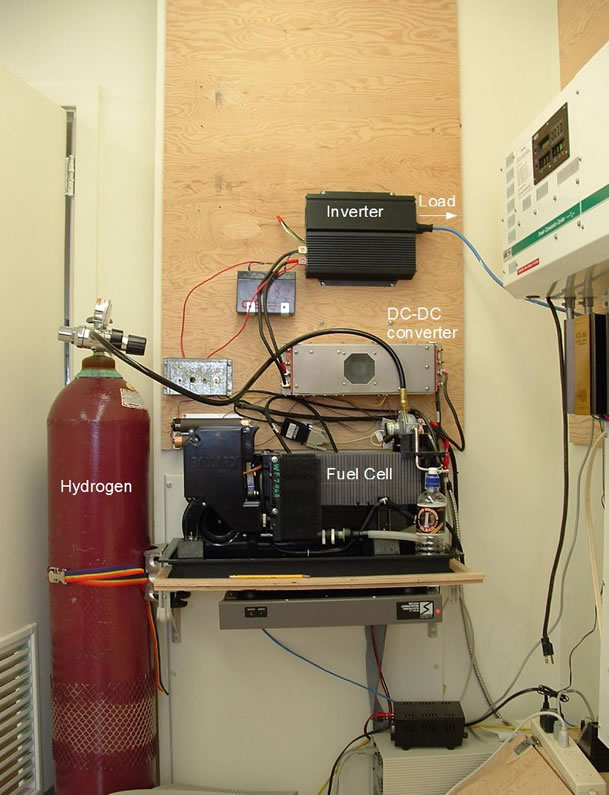 In this case, the power generated by a hydrogen fuel cell (Ballard NEXA) was passed through a DC-DC converter and an inverter to supply consumer use. It should be noted that the DC-DC converter was used because more appropriate equipment was not available.

Eliminating the DC-DC converter and using an inverter that can use the DC generated by the fuel cell directly would increase the system's efficiency.