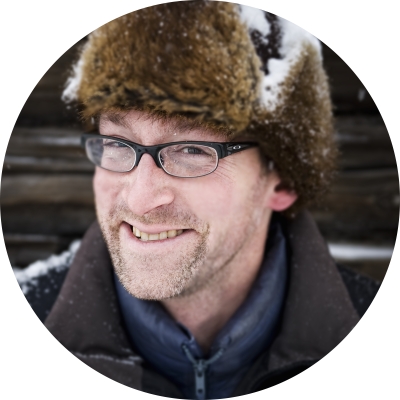 For 25 years I have been a writer, editor, researcher, and teacher in the circumpolar Arctic, striving to understand, and shine a bit of light on, the region’s distinctive social and political challenges and possibilities. My commitment is especially to the Northwest Territories, not merely because of my deep, decades-long friendships and family connections there, but also because the territory is, in my view, the best place on Earth to study settler colonialism and to contribute to Indigenous self-determination.

Description of research program in the NWT/North

In all Canadian provinces and territories, political actors compete to win votes and increase their representation. Distinctly in the Northwest Territories, however, political actors have also long competed over who should be able to vote and over what principle should guide the apportionment of representation. This makes the NWT politically salient in its own right as well as a “laboratory” for the study of voting and representation more broadly. Historically, Yellowknife and/or settler actors have pressed for “universal voting” and “representation by population.” Countervailing actors have championed extended “durational residency” requirements for voting as well as rural and/or Indigenous “overrepresentation.” My work explores this competition through the lenses of Canadian constitutional law and liberal political theory. I have shown that this competition was at the crux of two key inflection points in modern NWT history: the 1982 public plebiscite that facilitated the creation of Nunavut, and the 1999 collapse of efforts to introduce Indigenous “power sharing” into the NWT legislature. I have further shown that this competition has continued, flaring up most recently in the 2016 Yellowknife v. NWT court battle over legislative redistricting.