The Inuvialuit Final Agreement (IFA), implemented in 1984, authorized the transfer of ownership of large tracts of land within the Inuvialuit Settlement Region (ISR) from the Government of Canada to the Inuvialuit. The ISR is located in the northwest corner of the NWT and the northern portion of Yukon. The ISR is divided into Crown Lands and Inuvialuit Private Lands. The Inuvialuit Private Lands are further divided into lands in which the Inuvialuit have ownership of surface and subsurface minerals referred to as class 7(1)(a) lands, and lands with only surface rights referred to as 7(1)(b) lands. Documentation of consultation and consent by appropriate agencies is required for the issuing of an Aurora Research Institute Research Licence. In the ISR, researchers should allow a minimum of 45 days for screening and the processing of research applications.

If your research takes place on Crown or private land in or adjacent to the ISR (see map) you should contact the Environmental Impact Screening Committee (EISC) to determine whether or not your activity will need to be assessed for potential environmental impacts. The EISC is one of five co-management bodies established under the IFA. These co-management bodies are part of the resource management regime in the ISR. Each board serves to jointly manage resources on land within the ISR. You need to submit their application at least 45 days prior to their scheduled meeting date in order to be placed on the agenda for that meeting.

The Inuvialuit Land Administration (ILA), based in Tuktoyaktuk, is responsible for administering and managing the lands received under the Inuvialuit Final Agreement. The ILA reviews and approves applications to access and use Inuvialuit lands. Permits are required by researchers in order to access Inuvialuit private lands. You should contact the ILA to confirm whether or not you need to apply for a land use permit. If so, you will need to prepare a separate application for that permit.

The EISC, the ILA, and ARI recently agreed to streamline our community consultation processes. Since the ILA defers to the EISC decisions to issue licences and ARI defers to both the EISC and the ILA, the following processes are effective for all new applications:

You may direct inquiries to the agencies below:

If your research will extend for a period of greater than 100 person-days on Crown Land, then you will require a Land Use Permit from the Department of Indian and Northern Affairs Canada.

Before an Aurora Research Institute Scientific Research Licence is issued, the researcher must consult with and gain approval from the appropriate community organizations. Research involving land, water or wildlife within the ISR requires approval from the local Hunters and Trappers Committee(s) (HTCs). For research into social, cultural or economic aspects, or the testing of people, consult with the local Community Corporation(s). In addition, for research on social and cultural aspects, consult the Inuit Research Advisor at:

Further information regarding research involving people is also available at:

Any research within the municipal limits requires approval from the Municipal Council(s). 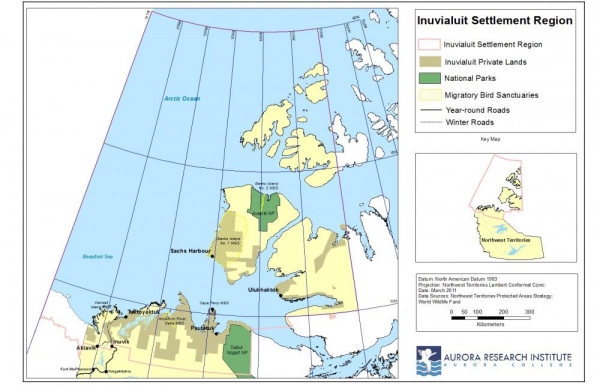