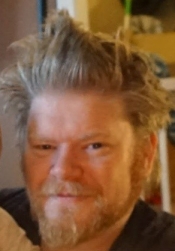 I completed a BSc in Psychology and spent the first few years after my undergrad working on cognitive restructuring with various organizations. However, throughout my degree and spare time, I’ve maintained an “unhealthy obsession” with everything technological. I spent a good portion of my youth taking apart broken electronics, fixing them (mostly), and then reassembling. Despite multiple electrocutions, and first-hand experience with the dangers of capacitors, experimenting with technology has always been my passion.

I’m always researching new technologies, and trying to find ways to integrate them into my personal and working lives. In 2016, I started working at ARI as a web application and database developer. While in this position, I’ve been able to expand my skill set and learn about many different mediums that align with my core interests. ARI is an environment that encourages inquisitiveness, promoting educational opportunities for the territory while preserving traditional knowledge. It’s a unique place to be employed and I feel honored to be apart of this growing and diverse group of people.

I have a passion for testing and integrating “cutting edge” technology into my personal and professional lives. Over the past seven years, I’ve tested and used 3D printing in many applications, eventually resulting in the building of a custom system. I’ve acquired over 10 000 hours of printing, diagnostics, and troubleshooting of 3D printers and models. Several years ago, I started to build and experiment with Unmanned Arial Vehicles (UAVs). I started with a tiny UAV, and eventually built four separate systems that integrate first person view flight capability. This passion and experience has served me well in the development of a UAV program at ARI.

Check out my contribution to a review of drone software developed by SPH Engineering. I’ve been an active photographer since my youth. I’m fascinated with the stories and artistic expression that images can capture. Roughly ten years ago I branched into point cloud generation, 3D scanning, and 360 photography. In 2017, ARI purchased a 360 camera that we’ve used to capture environments all over the Northwest Territories. These photos are available for viewing online through Google Maps. ARI is fast approaching the 2 million-view mark!